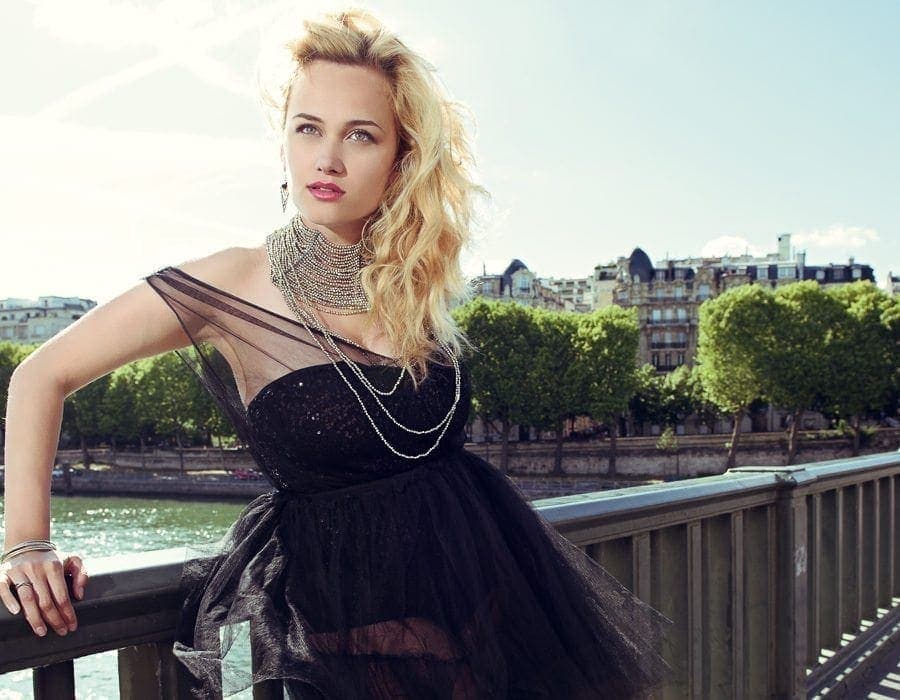 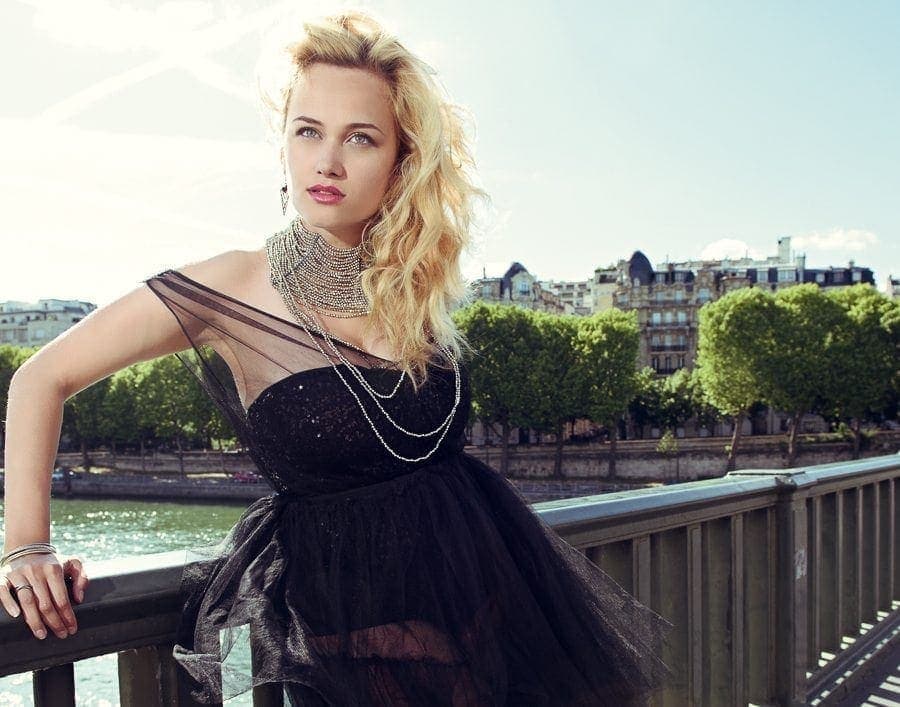 When we first arrived on location I already had in mind a few shooting set-ups that I wanted to try, as I’d previously scouted the area earlier during the week. Today however was Saturday, the Sun was setting in the late Summer afternoon giving us a wonderful light to play with and so the wedding photographers were out in full force, looking to get that romantic shot with the Eiffel Tower in the background. It was crowded and there was little to no room to shoot. No problem because we’re shooting Fashion. Non-conformity and breaking the rules should be encouraged right!

Looking around at our surroundings my attention was drawn to the opposite side of Pont de Bir-Hakeim bridge, where the Sun was shinning down, making the river Seine sparkle majestically. Interestingly there was absolutely no one on this side of the bridge, perhaps more interested in the Eiffel Tower and wishing to avoid the hard light from the Sun. Of course, this is when that little voice in your head decides to get involved, telling you that your idea must be stupid, that is why no one else is shooting here and so you begin to doubt yourself. Ignore that voice, in fact, when it does show up, take it as a good sign. It means you’re pushing your photography and are probably on to something worth pursuing…….

“That’s where we’re going to shoot!”, I proclaimed to the team and we headed on over to get set up.

Setting up the Shot

Chrystelle has a wonderful glamorous quality about her, like a Hollywood actress of yesteryear. I wanted to play on this and so choose to place the Sun behind and to her side (camera left), creating a back light effect, as well as capturing some of that marvellous sunlight reflecting off of the river.

“Let there be light”. With the set up as is, our model would be completely in shadow, making for a rather uninteresting, not to mention difficult to see, image. It’s also one of the reasons all those wedding photographers were not shooting on this side of the bridge. Fear not, for we had something they did not. No, not creative talent but the awesome Profoto B1. Using this excellent off-camera flash, I was able to add “sufficient” light to the scene (sometimes referred to as balancing) to illuminate the model whilst maintaining a very natural looking image. Something that is very important to me in my photography and is achievable with the Profoto B1 because of the quality of the light output provided.

As an aside, it’s important to remember to deliberately leave space within the frame for any magazine/on-page text to be placed. The leading lines of the bridge and the horizon, draw the viewers eye initially from the subject, subsequently to this area of the frame. Chrystelle is without a doubt the main point of interest within the shot but overall the composition is well balanced for all elements, making the image pleasing on the eye (well to my taste at least 😉 ).