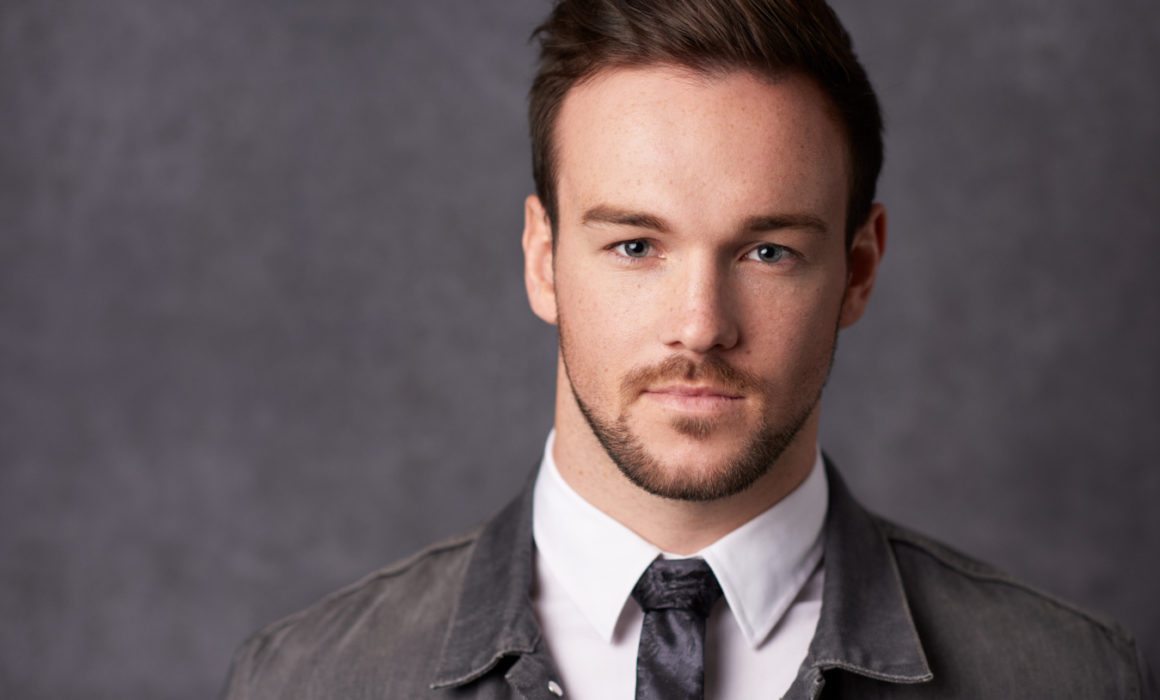 There’s nothing I love more than a creative challenge. So when my good friend and fashion stylist Roxy asked if I could photograph headshots of her other half, Richard Hadfield. I said sure no problem! 🙂

Richard is a fantastic singer and was a winner of Britain’s Got Talent in 2014 with the group Collabro.

We wanted to create a striking, smart and sophisticated look. Something with a little more oomph than your regular headshots.

The guys had sourced examples of headshots that they liked. What was immediately apparent to me from these images was that they had all been shot using a shallow depth of field but most interestingly, in a studio environment. Shooting wide open in natural light is nothing special, so long as you have the right lens for the job but doing so in-studio requires a little more technical prowess. 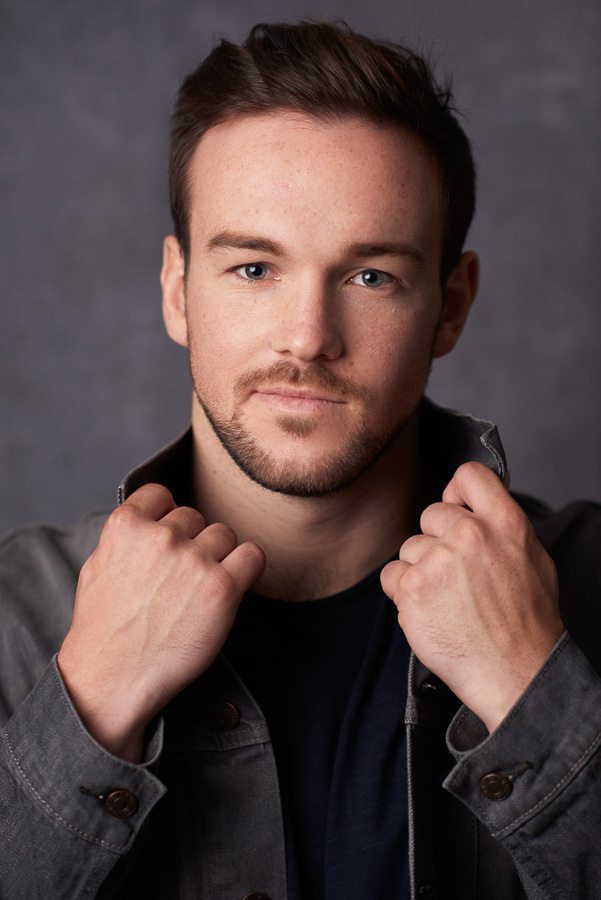 When shooting wide open (say f/1.4) in natural light, you simply raise the shutter speed of your camera in order to get a good exposure. However, take this scenario inside to the studio using strobes and you’re often constrained by flash sync speed. The lowest power output available from studio strobes is often too much and will not enable you to shoot wide open without over exposing your image.

One way you can work around this hurdle is by using an ND filter on your lens. Alternatively you could use continuous lighting rather than strobes. Instead, I chose to use the High Speed Sync(HSS) feature of the Profoto B1 off camera flash.

Looking at the images you can see how using a shallow DOF really makes Richard stand out from the background. His face (eyes being the point of focus) is sharp and as we move further back in the frame the focus melts away, to the extent that the texture on the backdrop is blurred just the right amount. Enough to add interest to the headshots without it being a distraction.

For this shoot I used a single Profoto B1 with an Elinchrom Octa. I replaced the standard Profoto frosted glass with the Glass Dome attachment, in order to create a wider and more even light spread within the Octa. As I was using an Elinchrom modifier on a Profoto strobe, I could not attach the Elinchrom deflector panel and so the glass dome essentially enabled me to compensate for this.

Placing the key light to camera left, in front and above the subject at approximately a 30 degree angle, I was able to achieve the look I wanted. A dramatically and well lit subject, including sufficiently dark shadows with visible detail. The transition to the shadow side nice and even, thanks to the wrap around quality of light provided by the modifiers.

I shot Richard against a dark grey textured muslin backdrop, giving us visual interest in the bokeh areas and creating overall a more rugged vibe to the final image.

Roxy ensured the styling was spot-on for the look-and-feel we were after for our headshots. Richard brought the attitude. I pressed a few buttons. Job done! 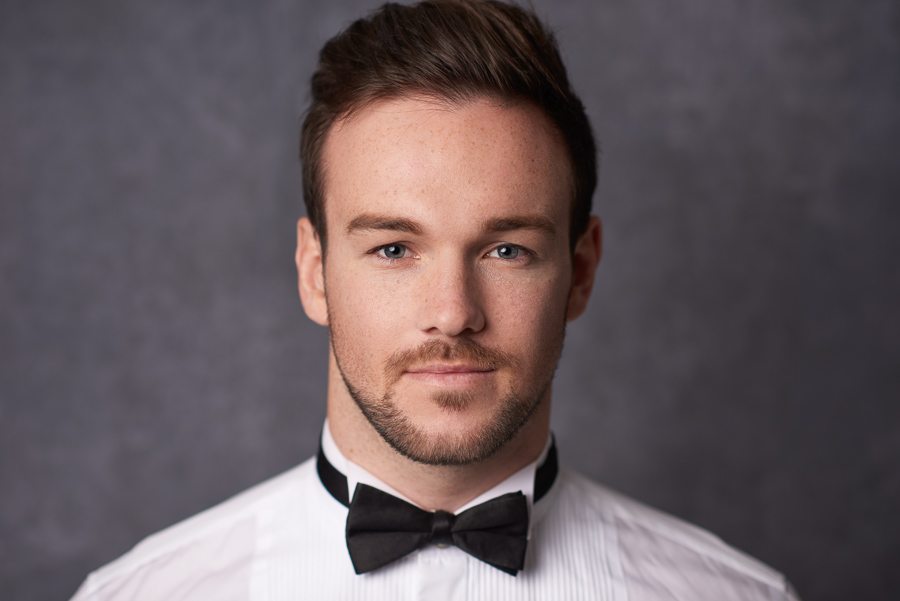